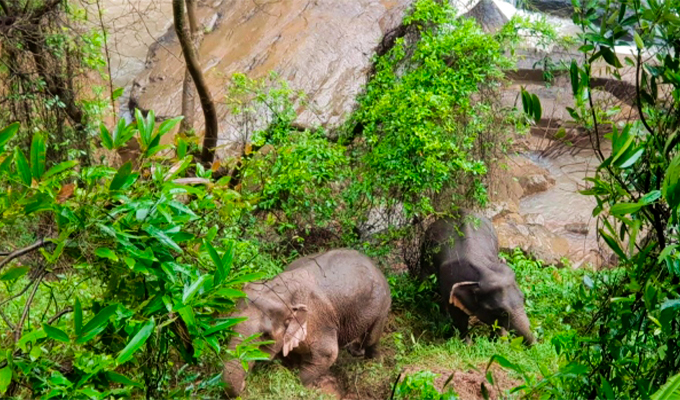 The governor of Thailand’s Nakhon Nayok Province said on Tuesday (October 8) that a total number of 11 wild elephants were killed when they fell into a waterfall at a national park.

Governor Nattapong Sirichana said that aerial photographs taken by drones helped confirm the total number of dead elephants, which was originally thought to be five. Two have reportedly survived the incident.

According to Khao Yai National Park authorities, the elephants died on Saturday (October 5) when attempting to rescue a three-year-old member of the herd that had plunged into the waterfall.

Thailand’s Department of National Parks has said in a statement that authorities are trying to devise measures to prevent such tragedies from happening in the future.