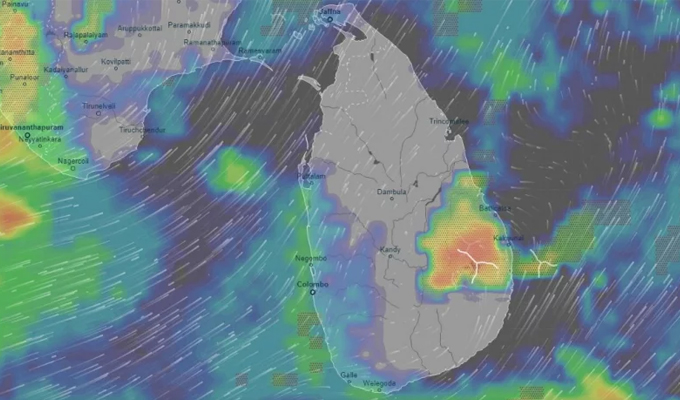 Sri Lankan authorities revealed that 163,371 persons belonging to 48,329 families have been affected so far due to the prevailing inclement weather conditions in parts of the country.

The Department of Meteorology says prevailing showery conditions over the island particularly in the Northern, North-Central, Eastern and Uva provinces are likely to enhance to some extent on December 09 and 10.

Sluice gates have been opened in around 17 reservoirs as heavy rainfall had continued in parts of the country within the past 24 hours.

Meanwhile the Disaster Management Center (DMC) said that 64,448 persons belonging to 19,831 families have been affected by the bad weather in the Northern Province.

According to the DMC, Mullaitivu is the worst affected district in the Northern Province with a total of 30,020 people affected.

Sri Lanka Army says that troops are continuing their rescue, repair and relief services in several provinces hit by torrential rains, including worst-affected areas of Mullaittivu, Kilinochchi, Central, East areas and elsewhere in the past 48 hours ending.