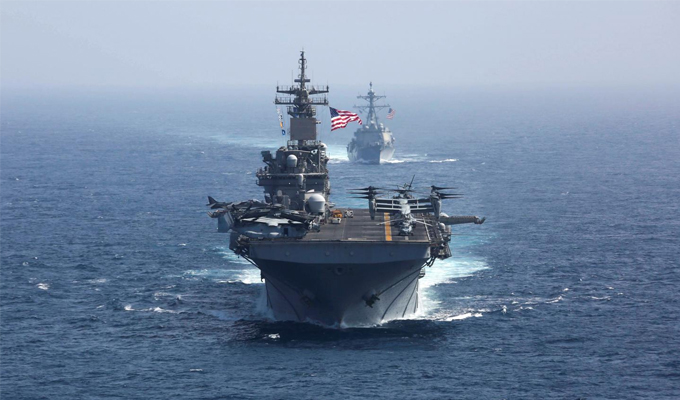 Senior naval officers from the Region will meet in Colombo for the sixth annual Asia-Pacific Symposium on International Rules of Naval Warfare from 19 – 21 November 2019, stated Sri Lanka Navy.

The gathering will take place at a time when incursions into disputed territorial waters have become commonplace, bringing with it an increased risk of armed confrontations and clashes at sea. These days countries in the region are routinely involved in maritime operations such as counter-piracy, border protection and interception of illegal migrant vessels.

Key areas the symposium will focus on is the law of naval warfare (IHL) including the specific traits of humanitarian action at sea and issues related to it, as well as the legal framework within which maritime operations can be conducted. Additionally, participants will be able to share their experiences on responses to various maritime issues above and underwater and look to the future.

Jointly organized by the Sri Lanka Navy and the International Committee of the Red Cross (ICRC), the symposium will meet a dual objective of establishing an operational dialogue between participating countries and with the ICRC on maritime issues and how to respond to them and, to build capacity of naval forces in the Asia Pacific on the principles of International Humanitarian Law (IHL) at sea.