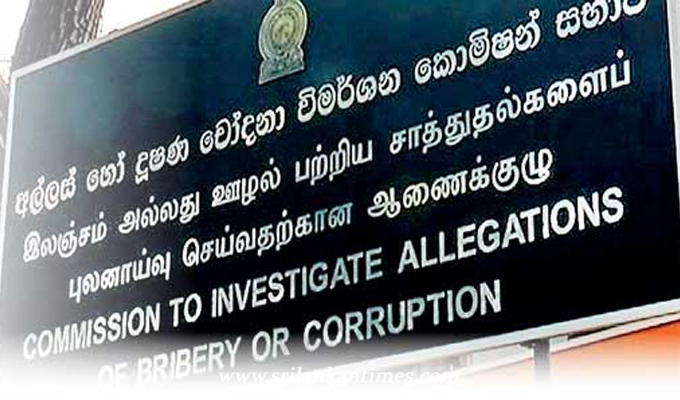 A new Director-General has been appointed to the Commission to Investigate Allegations of Bribery or Corruption (CIABOC).

The appointment has been made through the President’s Office with immediate effect from January 21, according to a spokesman of the Commission.

The appointment has been made to fill the vacancy created by the resignation of preceding Director-General President’s Counsel Sarath Jayamanna.