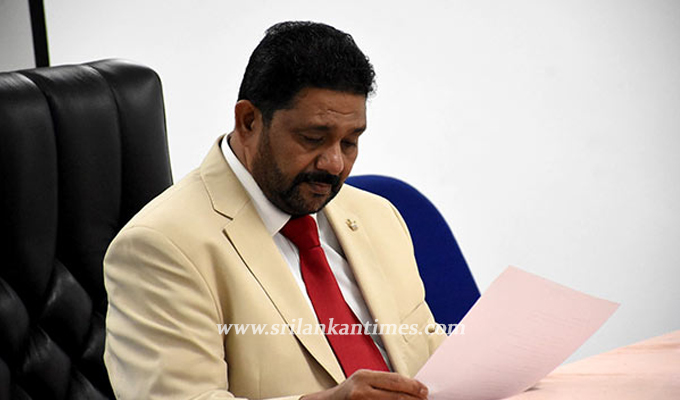 It has been revealed that former Western Province Governor Azath Salley had made contradictory statements on the Easter Sunday terror attacks to the Parliamentary Select Committee and the Presidential Commission Inquiry investigation of the attacks.

Salley yesterday (21) arrived at the Presidential Commission of Inquiry investigating the Easter Sunday terror attacks to testify on the attacks.

The Commission inquired the former Governor of the statement he made before the Parliamentary Select Committee on the matter.

At the Select Committee, Salley stated that one week before the attacks, his personal bodyguard showed him a letter of warning on the attacks and the letter contained the name of Zahran Hashim, the alleged ring leader behind the attacks.

However, before the Presidential Commission yesterday, Salley stated that he received the warning letter on the day of the attacks. The relevant meeting was held only thereafter, he said.