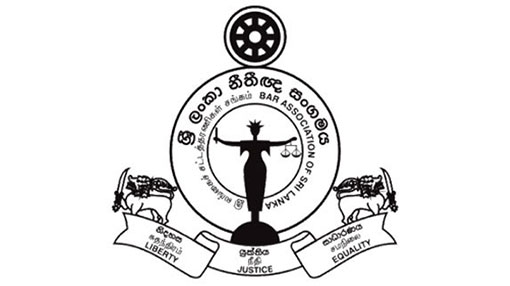 The Bar Association of Sri Lanka (BASL) today called upon the government not to proceed with the signing of the Millennium Challenge Corporation (MCC) and urged the President to inform the MCC and the US government that it will be rescinded with immediate effect.

Issuing a statement, the BASL says it has been reliably informed that the Finance Ministry is in the process of making arrangements to sign the MCC today.

“In our opinion the Finance Ministry has no legal authority to sign the MCC Agreement which contains many more matters other than a simple agreement to borrow money from the lender.”

“As explained to the Prime Minister by the BASL in August 2019, the proposed agreement goes much beyond a simple loan/ grant and contains many clauses dealing with land and jurisdiction,” it said.

These are matters clearly outside the purview of the Ministry of Finance and the Cabinet could not have authorized the Minister of Finance to proceed with the MCC, the association said.

“It is rather unfortunate that the basic concepts of Governance such as collective responsibility and Constitutional assignment of subjects are not considered at all in arriving at such decisions which have a serious impact on the sovereignty of the Nation,” the statement said.

The BASL said it vehemently opposes such a move by the Ministry of Finance and called upon the Prime Minister to honour the undertaking given to them in July/August 2019 that the MCC would not be signed without taking into consideration the observations of the Bar.

The association said it is totally misleading for certain persons holding responsible positions to maintain that the MCC will be placed before Parliament after it is signed. “Such a course of action is meaningless and once signed the Agreement will have a binding effect.”

BASL called upon the PM who is a very senior politician on this country to refrain from proceeding with this move unless sufficient discussion takes place.

“We also urge the President to immediately inform the MCC and the US Government that even of the Agreement is signed it would be rescinded with immediate effect if the signing is done without playing the Agreement before Parliament,” it said.