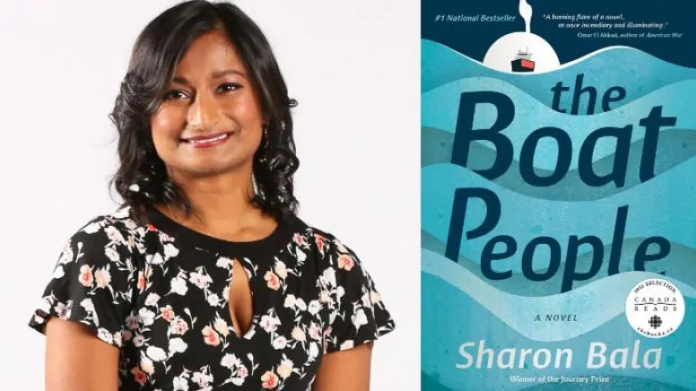 In 2009 and 2010, two ships packed with refugees fleeing the Sri Lankan civil war arrived on the shores of Canada. Those refugees inspired Sharon Bala’s debut novel, The Boat People, which won the 2019 Harper Lee Prize for Legal Fiction.

It’s told through the eyes of a Sri Lankan man seeking asylum for himself and his son; a young Sri Lankan-Canadian law student reluctantly assigned to help with his case; and the granddaughter of Japanese immigrants to Canada interned during World War II, who will have to decide whether the details of his story add up.

In this episode of the Modern Law Library, Bala talked with the ABA Journal’s Lee Rawles about the true stories behind her fictional novel and what winning the prize, named for the author of To Kill a Mockingbird, means to her.

The prize, which was authorized by the late Harper Lee, was established in 2011 by the University of Alabama School of Law and the ABA Journal to commemorate the 50th anniversary of the publication of To Kill a Mockingbird. It is given annually to a book-length work of fiction that best illuminates the role of lawyers in society and their power to effect change.

On Thursday, Bala will attend the award ceremony in Washington, D.C., at the Library of Congress. She will be honored with a signed special edition of To Kill a Mockingbird. Authors whose books have previously won the prize include John Grisham (in 2011 and 2014), Michael Connelly, Paul Goldstein, Deborah Johnson, Attica Locke, James Grippando and C. E. Tobisman.