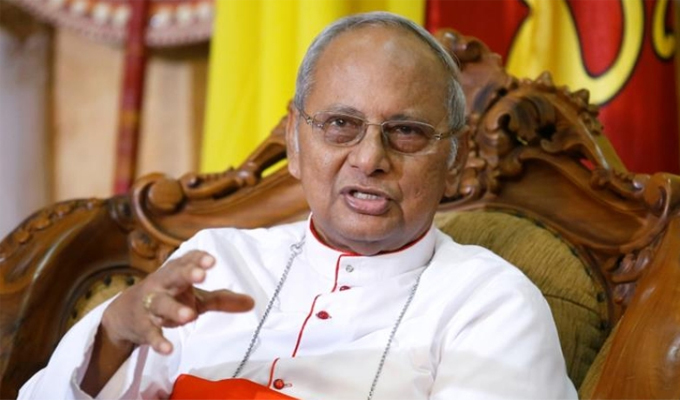 Archbishop of Colombo Diocese, Malcolm Cardinal Ranjith has arrived at the Presidential Commission of Inquiry probing the Easter Sunday terror bombings, for the 2nd day of evidence recording

He will accordingly record his statement at the Commission’s office located at the BMICH premises.

Cardinal Ranjith recorded a four-hour-long statement with the Presidential Commission yesterday (06). Evidence recording in the open court commenced at around 2.30 p.m.

Former President Maithripala Sirisena appointed the five-member Commission on September 21st, to look into the catastrophic series of events that claimed the lives of more than 250 on Easter Sunday.