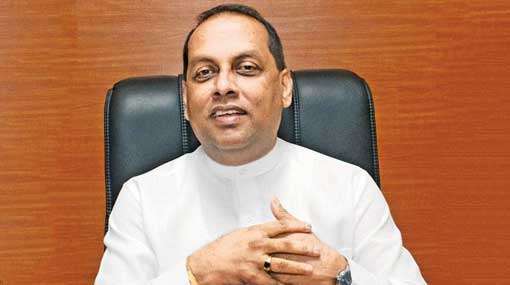 If the fuel price in the global market continues to drop, the government will consider a price reduction in the domestic market, Power, Energy, and Commuter Transport Management Minister Mahinda Amaraweera said yesterday.

“We have observed that there is a drop in fuel prices in the international market as a result of the coronavirus epidemic. But that alone is not sufficient to reduce fuel prices in the domestic market. However, the government will not hesitate to pass the benefit to the consumer if and when the price of fuel continues to drop in the global market,” he said.

The minister told the media after accepting the 12 buses renovated by the LECD on behalf of the SLTB and pointed out that the Gotabaya Rajapaksa government did not want to run state owned enterprises on Treasury subsidies.

LECD technical officers said they had the capability and technical know-how to produce locomotive spare parts imported from China at a cost of Rs.4.5 million for Rs.600,000.

The minister agreed to offer the contract to produce spare parts for trains and buses to the LECD hereafter and pledged that a part of the income generated by the LECD would be set aside to pay incentive bonus to employees while a bigger profit bonus would be paid to LECD employees if and they increase the profits of the company.