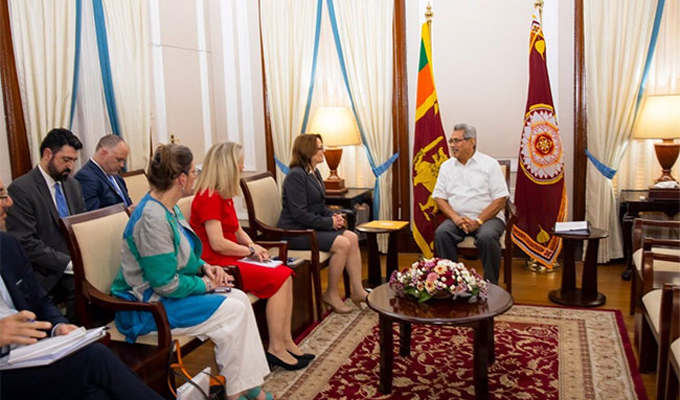 President Gotabaya Rajapaksa told a visiting US official that the opinion of the people must be sought before signing Millennium Challenge Corporation (MCC) agreement, since both countries respect democracy.

The President made these comments when he met with the US State Department’s Principal Deputy Assistant Secretary of State for South and Central Asian Affairs, Alice Wells, who is currently on an official visit to Sri Lanka.

The President stated that as both the United States of America and Sri Lanka are countries that respect democracy, the ambition of the people must be considered with regard to moving forward with the MCC agreement, the PMD reports.

During the discussion, the President had also informed the top US official that a committee of experts are currently studying the proposal.

“US values its relationship with Sri Lanka and looks forward to strengthening ties by expanding cooperation on economy and trade, counter-terrorism, security, transitional justice and human rights – both of our nations will benefit,” she tweeted following the meeting.