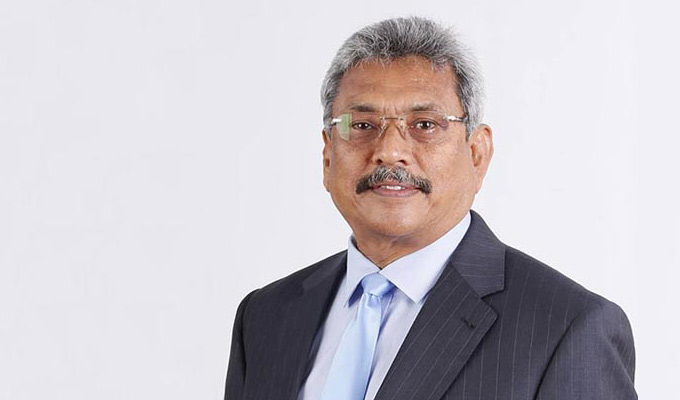 Sri Lanka Podujana Peramuna (SLPP) Presidential candidate Gotabaya Rajapaksa stated that he had withdrawn from his US citizenship on the 17th of April and has informed the Department of Immigration and Emigration on the matter.

He stated that his passport which identifies him as a dual citizen has been revoked and a new Sri Lankan passport has been issued for him.

He mentioned this addressing a meeting held at the SLPP Head Office, this morning (22).

Stating that false rumors on the matter are spread around constantly, he said that this is done with the intention of causing him trouble through the legal system.

Gotabaya Rajapaksa firmly asserted that he has no obstruction for him to become the presidential candidate.

Since the Founder of SLPP MP Basil Rajapaksa has formulated a plan to secure victory at the presidential election, all they have to do is make sure not to make a mistake, he further said.