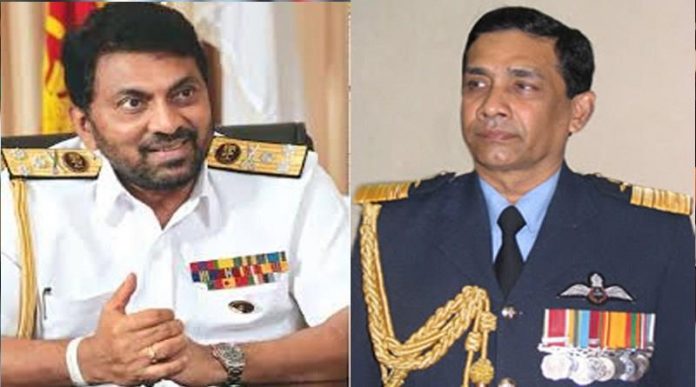 The event was held under the patronage of Commander-in-Chief of the Armed Forces, President Maithripala Sirisena at the Colombo Harbour premises.

Accordingly, Admiral Wasantha Karannagoda, who served as the Commander of the Navy from 2005 to 2009, was ceremoniously promoted to Admiral of the Fleet.

Admiral of the Fleet and Marshal of the Air Force are the foremost honorary ranks awarded to a Naval and Air Force officer during their military career.

The honorary ranks were awarded for their outstanding gallantry, meritorious performances and distinguished service to the nation during the humanitarian operation and defeat of terrorism in Sri Lanka.