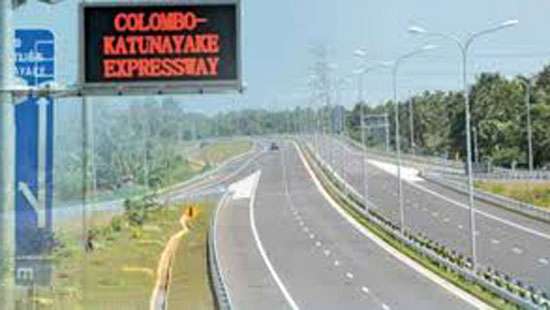 The Colombo- Katunayake Expressway (E-03) has been closed until further notice due to smoke emitting from a garbage dumping site at Seeduwa, Police said.

They said vehicles had been restricted entering the E03 from Peliyagoda entrance with effect from today.

Earlier, the vehicular movement on the kilometre posts between 17.1 and 15.2 on the E-O3 was restricted and vehicles that arrive from Katunayake towards Colombo were directed to exit at Ja-Ela interchange.