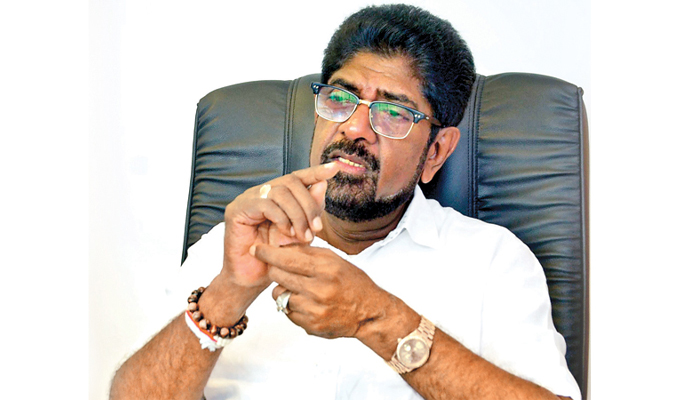 The Colombo Magistrate’s Court Parliamentarian Keheliya Rambukwella and the former Director-General of State Printing Corporation Jayampathi Bandara Heenkenda have been released from the case filed against them by the Bribery Commission.

On December 20, 2019, the Colombo High Court closed the bribery case against the duo citing the relevant case was filed without the consent of the Commissioners of the Bribery Commission.

The Bribery Commission had filed the case with the Colombo Magistrate’s Court against the Parliamentarian Keheliya Rambukwella and the former Director-General of State Printing Corporation Jayampathi Bandara Heenkenda for allegedly using funds from the State Printing Corporation to pay off a private monthly phone bill of then-Minister of Mass Media Keheliya Rambukwella during the time period from 15th March to 14th April in 2012. The total bill reportedly accumulated to Rs. 230,000.

The defense attorneys had raised preliminary objections before the Colombo Magistrate’s Court, claiming that the Director-General of the Bribery Commission had not submitted the written approval obtained from the three Commissioners of the board when the case was lodged. They stated that hearing of the case cannot proceed in this background. However, the magistrate had rejected the preliminary objections and ruled that hearings of the case would continue.

The two defendants then filed a revision application before the Colombo High Court challenging the order delivered by the Colombo Magistrate’s Court.

When the revision application was taken up Colombo High Court Judge Shashi Madendran mentioned that the recent ruling by the Court of Appeal has mandated the written approval of the Commissioners of the Bribery Commission when a case is being filed. Citing that this procedure has not been followed in the case against State Minister Rambukwella and the former Director-General of the State Printing Corporation, the High Court judge ruled the case is legally void.