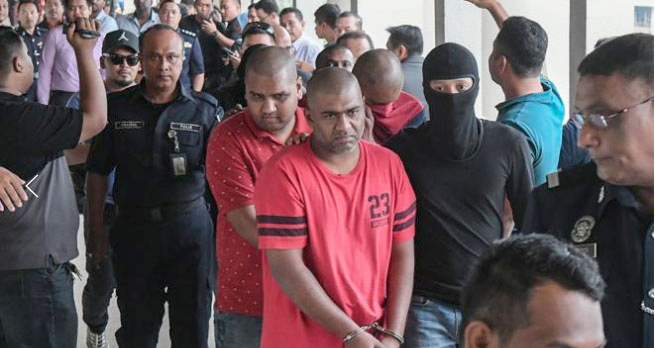 The bail for 12 people, including two assemblymen, who were charged with supporting and possessing items related to the Liberation Tigers of Tamil Eelam (LTTE) will be decided at the High Court of Malaysia.

This is after Sessions Court judges Rozina Ayob, Azman Ahmad, and Azura Alwi allowed an application by lawyer Ramkarpal Singh, for the matter to be referred to the High Court.

The judges said there was a merit to refer the case which falls under Section 13 (2) Security Offences (Special Measures) Act 2012 (Sosma), which is subject to the constitution.

The 12 accused yesterday claimed trial at three different Sessions Courts for possessing and supporting LTTE via their social media account — Facebook and YouTube — at the Bukit Aman Special Branch Counter Terrorism Division (E8) between Oct 5 and 11.

The offence falls under Section 130JB(1)(a) and 130JB(1)(b) of the Penal Code which carries a maximum seven years’ imprisonment or a fine upon conviction.

Ramkarpal submitted that the arrests under Sosma were unconstitutional and asked for the issue (bail) to be referred to the High Court.