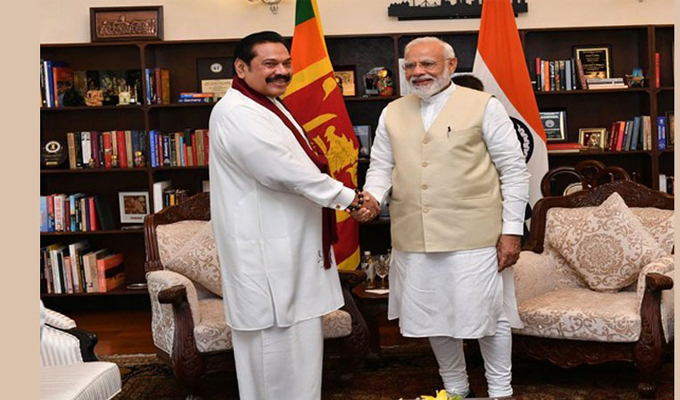 Indian Prime Minister Narendra Modi on Thursday congratulated Mahinda Rajpaksa on being sworn in as the new Prime Minister of Sri Lanka, saying he looks forward to work with him to further strengthen relations between the two nations.

Thanking Prime Minister Modi for his congratulatory message, Rajapaksa said the two countries will continue to work closely to strengthen the bilateral ties.

“Thank you Prime Minister Narendra Modi. Let us continue to promote our shared partnership for peace and prosperity for both our countries and the region,” he said in a tweet.

Mahinda Rajapaksa on Thursday took oath as the new prime minister of Sri Lanka after Ranil Wickremesinghe formally stepped down from his post. He officially assumed duties a few hours later.

He will function as the prime minister of the caretaker cabinet until the general election in August 2020.