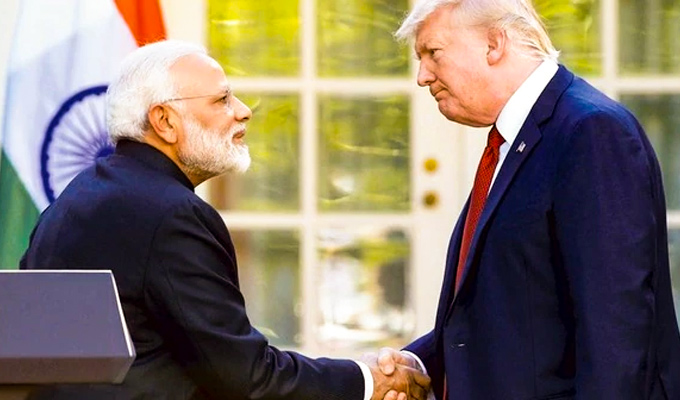 President Donald Trump and Indian Prime Minister Narendra Modi have joined a massive rally in Texas, USA.
The two embraced and greeted each other.
Reports say that the Indian Prime Minister’s recognition at the rally, which was attended by around 50,000 people, is the highest recognition given to a foreign leader in America.
It is said that about 400 artists participated in the rally which lasted for 90 minutes.