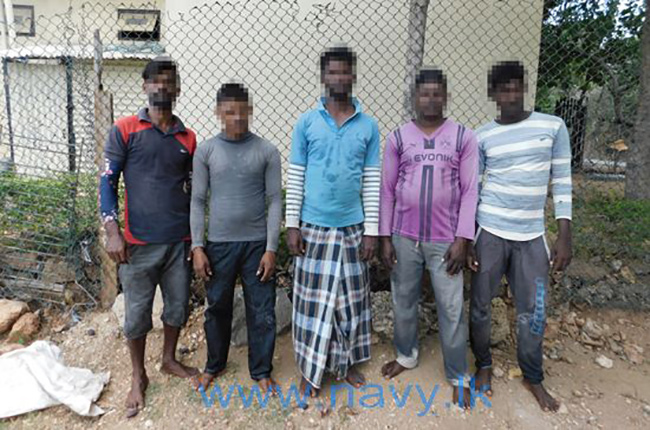 Five persons, who had engaged in illegal fishing activities, have been apprehended in the sea area off the Round Island in Trincomalee, Sri Lanka Navy said.

A group of naval personnel attached to the Eastern Naval Command had detained the suspects during a routine patrol today (10).

In addition to the suspects, the naval personnel had taken an unauthorized fishing net, one dinghy boat and one outboard motor engine into their custody.

The suspects, aged 19 to 31 years, identified as residents in Kinniya.

They were handed over to the Assistant Director of Fisheries in Trincomalee for further investigations.