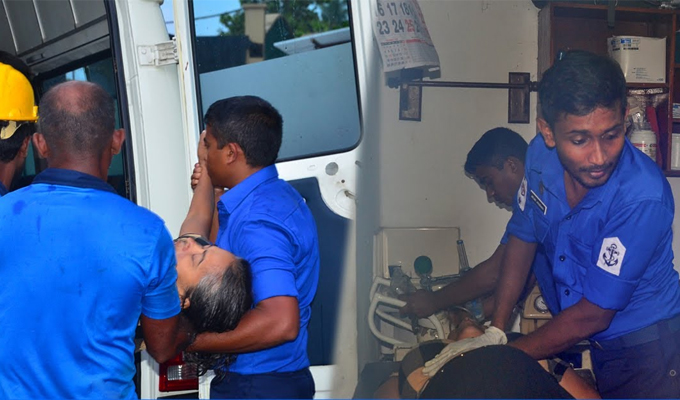 The Sri Lanka Navy rescued a woman who was drowning in the harbor mouth sea of Galle harbor, yesterday (14).

Naval personnel on security of The Galle harbor had observed a drowning person in the sea from harbor mouth to the Galle town and the Navy promptly sent off a relief team to rescue the distressed person, stated Sri Lanka Navy.

Accordingly, the Navy rescued a woman who was drowning in the sea and she was brought to the jetty of SLNS Dakshina.

Subsequently, the rescued woman who was in unconscious condition was given basic first aid and was admitted to Teaching Hospital-Karapitiya for further treatment.

The woman has been identified as a resident of the Hikkaduwa area aged 48 and it is said that she had attempted to commit suicide.

Further investigation on this incident is conducted by Karapitiya hospital Police and Galle Harbor Police.