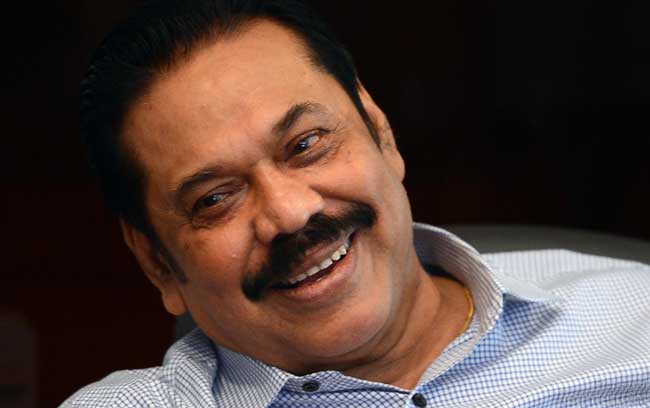 Mahinda Rajapaksa, Leader of the Opposition, has thanked India for the help in uncovering the plot but said he does not want any foreign forces, like the Indian National Security Guard, on Sri Lanka’s soil.

“India has been helpful. But there is no need for the NSG to come in. We don’t need foreign soldiers. Our forces are capable enough… (We) just need to give them powers and freedom,” he told News18 in an exclusive interview.

His reaction came after a government official told CNN-News18 that the elite force has been kept on standby if the island nation needs any help.

The former president, who was involved in a soft coup attempt last year, blasted the Sri Lankan government and said both President Maithripala Sirisena, who is also the minister of defense and in charge of national police, and Prime Minister Ranil Wickremesinghe, who has been kept out of high-level security meetings since Sirisena tried to oust him last fall, were responsible for the series of blasts in which over 250 people were killed on Easter Sunday.

“They are busy playing politics at the cost of national security. Everyone knew about the growth of radicalism. They were worried about votes and their vote bank and did not act,” Rajapaksa told News18.

Elections to pick a new president are due between October and December and Rajapaksa has started targeting Sirisena and his Wickremesinghe for failing to preserve the hard-fought peace that he helped bring by crushing the Tamil Tiger separatists. Although Rajapaksa cannot contest for president again, his brother Gotabaya is ready to make a bid, his aide has said.

India has said that it had shared very specific intelligence inputs about the Islamic State’s plans of the bombings, but the warnings had remained unheeded.

Top Sri Lankan officials have acknowledged that some of the intelligence units were given advance notice about the attacks — starting weeks ago and up until the morning of the bombings — but that little was done to prevent them.

The country’s police chief Pujith Jayasundara and defense secretary Hemasiri Fernando have both resigned over their failure to prevent the blasts despite having prior intelligence.

In a tweet, PM Wickremesinghe said, “We take collective responsibility and apologize to our fellow citizens for our failure to protect victims of these tragic events.”

Rajapaksa also dismissed the PM’s view that no action could be taken against citizens who had left to join the Islamic State. “The existing laws are good enough to act against those with terror links,” he argued.

PM Wickremesinghe had a couple of days ago said that the government had known that Sri Lankan nationals who had joined the Islamic State had returned to the country, but they could not be arrested as joining a foreign terrorist organization is not against the law.

The Islamic State group has claimed responsibility for the Easter terror attacks on three Catholic churches and three luxury hotels that claimed 253 lives but the government has blamed a local Islamist extremist group National Tawheed Jamath (NTJ) for the bombings.