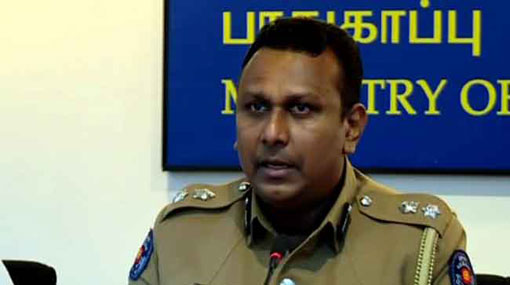 Over 140 million cash owned by the terrorist group responsible for the suicide bomb attacks on Easter Sunday has been identified during several raids carried out for the past two weeks, says the Police Media Spokesperson SP Ruwan Gunasekara.

Addressing a press conference held in Colombo today (06), he stated that the Criminal Investigation Department (CID) had conducted an investigation on the assets belonging to the terrorist group.

Part of the total amount of this cash has been confiscated by the CID and the rest of the amount is currently in multiple savings accounts owned by the terrorists.

The CID has already suspended these bank accounts, the police spokesperson said.

The CID is taking measures to confiscate other assets belonging to the terrorists, which are worth over Rs 7 billion.

SP Gunasekara said 54 suspects including 7 women arrested in connection with the attacks are currently in custody of the CID, while 19 suspects are held by the Terrorist Investigation Division (TID).