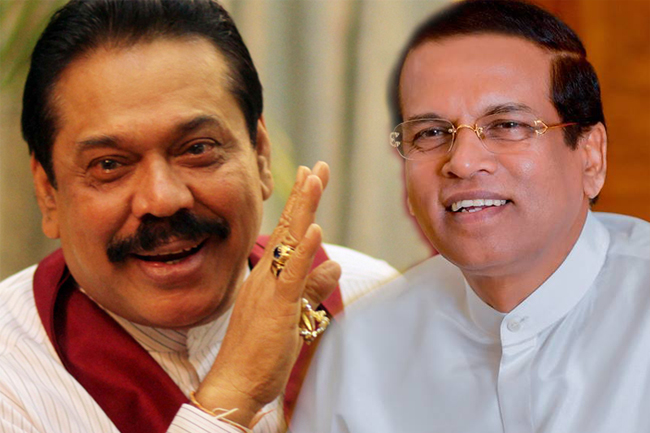 President Maithripala Sirisena and Leader of Opposition Mahinda Rajapaksa have met up last night in Colombo for a discussion, the sources said.

Political sources said the meeting between the President and his former counterpart was extremely private.

The Sri Lanka Freedom Party and Sri Lanka Podujana Peramuna held their 7th round of discussions yesterday (27). Speaking to the media following the talks, the party representatives revealed that President Sirisena and former President Mahinda Rajapaksa would meet up in the near future.