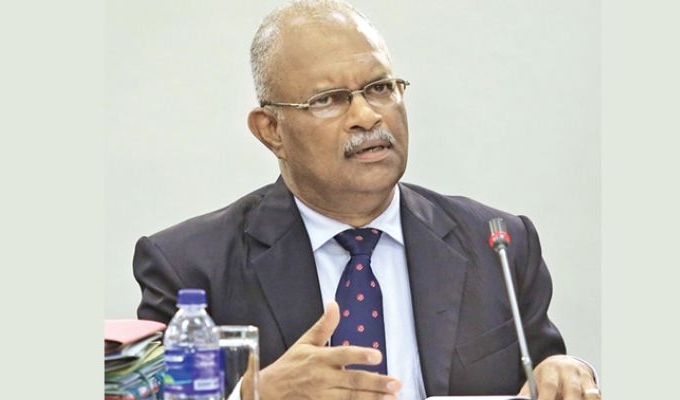 He has reportedly been interdicted pending an inquiry into the recordings of phone conversations between the police officer and former State Minister Ranjan Ramanayake.

The Police Media Unit, issuing a statement, said that SSP Shani Abeysekara was transferred to Police Headquarters and interdicted with immediate effect.

The reason for the decision, it said was due to SSP Abeysekara causing disrepute to the police service through his telephone conversations.

It further said that Acting IGP C.D. Wickramaratne has been notified to immediately carry out preliminary investigations into the allegations against SSP Shani Abeysekara and report to the Police Commission within 2 weeks.

Recordings of telephonic conversations between MP Ramanayake, who was arrested at his residence on Jan. 4, and the former CID chief had been released to the media over the past two days.

Local media had widely reported on these phone conversations which were also posted on various social media channels.

Meanwhile the Sinhale organization had lodged a complaint with the National Police Commission demanding the suspension of the former Director of the CID.

The organisation also submitted 13 audio recordings of phone calls between Ramanayake and Abeysekere to the commission and the media.

Former CID chief Shani Abeysekara was transferred on November 21 last year and assigned to serve as the Personal Assistant to the Southern DIG.

However, SSP Shani Abeysekara filed a fundamental rights petition on December 20 challenging his transfer from the position.