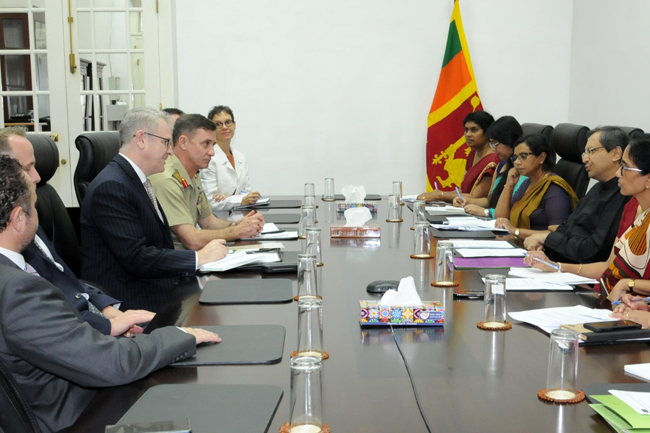 Sri Lanka and Australia have re-dedicated themselves to counter people smuggling and discussed in detail avenues for strengthening cooperation to address the recent escalation of the number of people-smuggling ventures from Sri Lanka to Australia since May 2019, the Ministry of Foreign Affairs said in a release.

The Foreign Secretary also stressed the need to jointly develop sustainable and long-term strategies including targeted campaigns to change the public perception and to educate Sri Lankans on the risks involved in irregular migration.

Major General Furini noted that with the setting up of ‘Operation Sovereign Borders Policy’ in September 2013, there has been “zero chance” in reaching Australia by boat, as all illegal migrants by sea have been returned to their countries of origin. He added that they wish to develop mechanisms to address the root cause of the issue to effectively respond to people-smuggling.

The Joint Working Group on People Smuggling and Transnational Crime (JWG) between Sri Lanka and Australia, which is the principal forum to address people-smuggling and human-trafficking cooperation, was last held on 17 October 2018 in Sri Lanka. The next round of the JWG will be held in Canberra, on 11 October 2019.