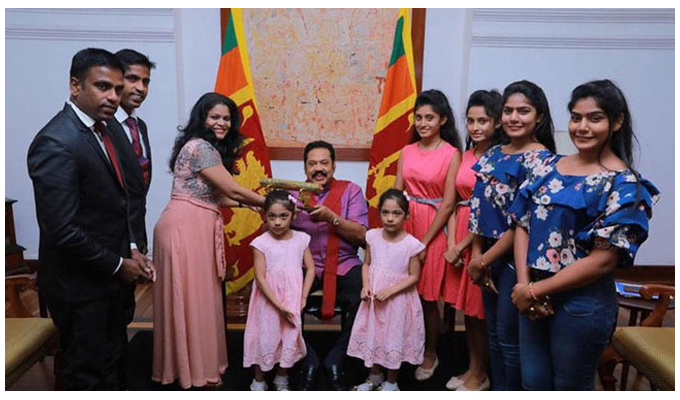 The Sri Lanka Twins Organisation is preparing for the world’s largest twin gathering ever in January 2020 to set a Guinness World Record.

World Largest Twins’ Gathering and Twins Cultural Evening will be held from January 20-26 and the record will be set during the Sri Lanka Twins Convention at the Sugathadasa Indoor Stadium in Colombo.

The organization represents 28,000 twin brothers and sisters from across the country and the cultural event will be held to celebrate the uniqueness of twins and multiples.

According to the organization, ‘The Largest Twins Gathering’ event will represent the twins/multiples community and their individuality while making a stand for a brighter and peaceful world.

Any twin and multiple from around the world can be a part of the event but they have to furnish a copy of their birth certificate and a copy of passport or national ID. Participants are required to have all official documents with them as the legal registrations for validating the event through Guinness guidelines will take place on the day.

The participants will arrive in Negombo, a major city Sri Lankan city situated north of, on January 19. The largest twin gathering will take place on January 20 in Colombo and then the cultural event will move to Dambulla. Kandy, the last capital of the ancient kings’ era of Sri Lanka, will organize the cultural evening on January 22.