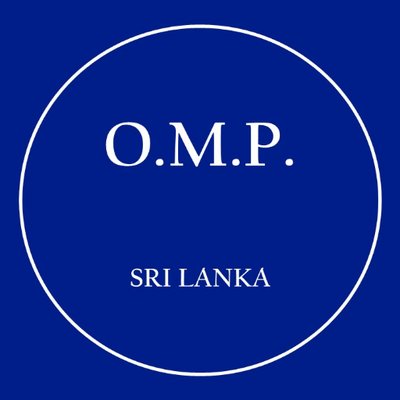 The Office on Missing Persons (OMP) yesterday said it remains committed to furthering the cause of the missing and the disappeared but said it requires the unstinted cooperation of the government and state agencies in order for it to be effective.

Issuing a statement over the second anniversary of the establishment of the OMP, its Chairman Saliya Pieris PC said OMP members also remain committed to working with the families of the missing and disappeared and advocating on their behalf.

The statement further said, “Although some families have had no option but to accept Certificates of Death for administrative purposes, they live in the agony of not knowing the fate of their loved one.

The failure of the State to provide answers has resulted in some families holding on to the hope that they will return home safely. Family members are unable to grieve and achieve closure and some have waited for over three decades uncertain whether they should perform an almsgiving in honour of their missing loved one.

In many cases it is the breadwinner of the family – a husband or a son – who was disappeared, leaving behind young children and elderly parents. Wives and parents have had to cope with the dual challenge of providing income and care for the family while searching for their loved ones.

In operationalising its mandate, the OMP has been informed by the experiences of the families, members of civil society, state institutions, previous commissions of inquiry, recommendations of the Consultation Task Force on Reconciliation Mechanisms and the experiences of similarly mandated institutions in other countries.

The OMP has met with thousands of family members that have expressed their anger and grief including those that protested and expressed no faith in State institutions and demand international intervention on this issue.

The OMP has sought to engage all families and instil confidence in the willingness and ability of the State to secure their rights.

In particular, the OMP has sought to assuage fears that the State will only award compensation without establishing the truth or ensuring justice.

Over the past two years the OMP has advanced investigations, including by observing and assisting magisterial inquiries into suspected mass graves.

The OMP also advocated for the prosecution of cases involving disappearances and advocated for legal reforms to the process of identification of human remains and detention practices.

In recognition of the economic hardships suffered by the families, the OMP recommended interim relief of Rs. 6000 per month to families, which was being implemented until 31st December 2019.

Recognising the obligation of the State to acknowledge the widespread occurrence of disappearances in our country, the OMP commemorated the international day of the disappeared over the past two years.

Further based on existing records, including that of the tri-forces regarding Missing in Action personnel, in February 2020 the OMP developed a provisional list of the missing and disappeared and invited families to ensure that details of their disappeared loved ones are included in the list.

The recent decision by the Government to withdraw from co-sponsoring the United Nations Human Rights Council Resolutions have raised questions in the minds of the families as to whether their expectations regarding finding answers to the disappearances of their loved ones could be realised.

The OMP observes that the need for a mechanism with a comprehensive mandate arises from the rights of Sri Lankans under domestic law, Sri Lanka’s obligations under international law, the recommendations of past commissions of inquiry, the demands of the families, and the legal and moral obligation of the State towards its citizens whose loved ones have gone missing.”