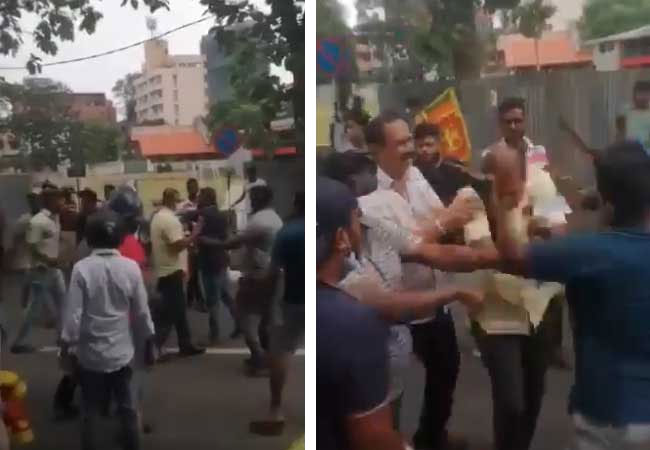 Sri Lanka Police says that two suspects have been arrested in connection with the assault on Senior DIG in charge of Western Province, Deshabandu Tennakoon.

The suspects have been arrested by Kollupitiya Police, a short while ago.

Earlier today, it was reported that Senior DIG Deshabandu Tennakoon has been injured in an attack carried out by a group of persons.

According to reports, the high-ranking police officer had been assaulted by a group at Perahera Mawatha near the Beira Lake in Colombo.

The angry mob had also attacked and damaged the Senior DIG’s vehicle.

Meanwhile footage of the incident, circulating on social media, shows several persons surrounding and attacking the police officer with clubs, sticks and other objects.

However, it is reported that the Senior DIG has not been seriously injured in the incident.