Two Sri Lankan youths, who had recently trekked the summit of Mount Kilimanjaro, the highest peak in Africa, returned to the island nation early this morning (23).

Mount Kilimanjaro, located in Tanzania, is the highest free-standing volcanic mass in the world. Mount Kilimanjaro National Park spreads over an area of 756km and it is listed under the UNESCO World Heritage Sites.

Ranga Madupathma Gangabadarachchi (33) and Sudam Gamage (36), the Sri Lankan duo who conquered Mount Kilimanjaro, are past students of Ananda College in Colombo.

Gangabadarachchi resides in Melbourne, Austalia at present while Gamage is in Manchester, United Kingdom.

Speaking on their experience, the duo said they had set off on their escapade on the 16th of August.

Mount Kilimanjaro, with its summit about 5,895 metres above sea level, is a dormant volcano, however, it had shown signs of eruption some 200 years ago, Gangabadarachchi explained.

“A person cannot stay at the mountain peak for more than 10 minutes. There is no adequate oxygen to breathe,” he continued.

Gangabadarachchi further said, on their way to the top, they had met other foreign youths including Germans and Americans. According to him, four youths had recently died during this hazardous journey.

Gangabadarachchi expressed gratitude to the Tanzanian guides who had rendered their assistance to the duo during their venture. 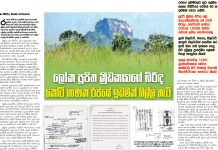 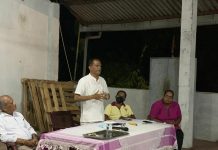 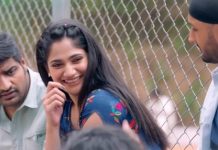