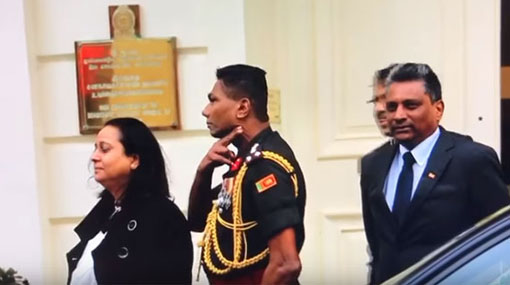 An arrest warrant for a former Sri Lankan military attache, convicted of public order offences after making cut-throat gestures at protesters, has been revoked without a court hearing following UK Foreign Office involvement.

The private prosecution of Brig Priyanka Fernando has degenerated into extraordinary legal confusion, forcing the chief magistrate, Emma Arbuthnot, to take control of the case.

On Friday, she told Westminster magistrates court there had been a catalogue of “disappointing” issues and she did not know how such a sensitive case could have gone to trial without it “ever coming across my desk”.

Following his provocative gesture, the Sri Lankan government condemned Fernando for behaving in an “offensive manner” and suspended him from his job. The Foreign Office (FCO) also protested; Fernando left the UK shortly afterwards.

Majuran Sathananthan and four others involved in the Tamil protest initiated a private prosecution against Fernando arguing that his behaviour caused them “harassment, alarm and distress” and constituted public order offences. They were represented by Paul Heron, of the Public Interest Law Centre (PILC).

Last week the brigadier was convicted in his absence at Westminster magistrates court of two offences under section 4A and section 5 of the Public Order Act which involve using threatening words or behaviour likely to cause harassment, alarm or distress. The court also issued an arrest warrant for Fernando, who remains in Sri Lanka.

The conviction appears to have triggered a stream of diplomatic exchanges, with the UK ambassador in Sri Lanka called in for meetings.

After consultations with the FCO over the status and extent of Fernando’s diplomatic immunity, the chief magistrate abruptly withdrew the arrest warrant – a decision made without a public hearing.

At the hearing on Friday, Fernando was, for the first time, represented in court. Peter Carter QC, for the protesters, outlined a series of “rather unusual” options to deal with the case, including determining the diplomatic status of Fernando.

Carter said that even if the brigadier had enjoyed immunity for official functions, that would not protect him from prosecution for what was clearly not authorised activity.

Nick Wayne, counsel for Fernando, suggested using section 142 of the Magistrates Court Act 1980, a rarely used power to reopen cases where a mistake has been made.

Belinda McRae, counsel for the FCO, confirmed that the court had been given a certificate explaining Fernando’s diplomatic status. The chief magistrate adjourned the case until 1 March for a full hearing to resolve the legal confusion.

Before the hearing, an FCO spokesperson said: “The FCO, which is not a party to these legal proceedings, has been contacted by Westminster magistrates court seeking clarification of the brigadier’s diplomatic status in the UK at the time of the incident. The FCO is providing documentation to assist the court.” 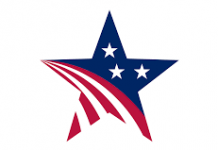 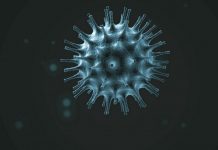 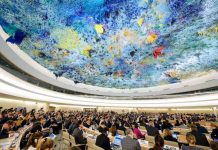