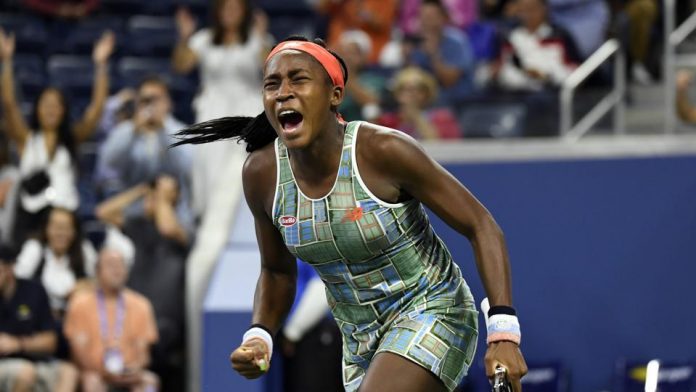 US teen sensation Coco Gauff and top-ranked defending champion Naomi Osaka will meet in a third-round showdown Saturday at the US Open, each curious to test her game against the other.

“We’re both pretty young but I’m a little bit newer to the game,” Gauff said. “So I’m just curious to see how my game matches up against her.

“Obviously I want to win. I just want to enjoy it, have fun, enjoy the battle. We’ll see how it goes.”

Osaka, also the reigning Australian Open champion, wants a first-hand look at the teen sensation who beat Venus Williams in her Grand Slam debut on her way to the fourth round last month at Wimbledon before losing to eventual champion Simona Halep.

“When I hear people talking about someone, I want to have the opportunity to play them just to assess it for myself,” Osaka said.

Gauff, the youngest woman in the US Open’s last 32 since Russia’s Anna Kournikova in 1996, says her doubles match with teen partner Caty McNally on Friday will help her prepare to face Osaka.

“For me, doubles isn’t a problem. Almost every tournament if I can get into doubles, I’m playing it. To me it helps because it’s a different game,” Gauff said.

Gauff, ranked 140th, worked out with Osaka at the Miami Open two years ago.

“That was super cool,” Gauff said. “I was able to keep the ball on the court. I was super nervous. She was prepping for a tournament so I didn’t want to mess up her practice.”

These days, Gauff appreciates Osaka’s success while still so young.

“She’s an amazing player,” Gauff said. “She just made it possible. Last year, US Open, she wasn’t really like a big contender. Obviously now this year she is. She had that amazing run, then the final.

“I think she’s a big inspiration for everyone. She’s 21. She has two Slams. She’s still thriving for more. She’s just a super sweet person on and off the court. She competes great out there. I think she shows us how to compete and the way to be off the court too.”

Osaka sees self in Coco

Osaka saw something of herself in Gauff when she saw a young girl quietly enjoying herself in the locker room with whatever was playing on her headphones.

“Off the court she seems like me. Well, she seems a little bit more, like she knows what she’s doing,” Osaka said with a smile.

“But yeah, I saw her in the locker room. She wasn’t really talking to anyone. I was, like, ‘Oh, looks familiar. I’m just going to talk to her.’ I know she’s super young, and I know it’s sort of hard to transition.”

“I just (thought), ‘Oh, she’s a really talented girl. I would love for her to come out of her shell a little bit.’“

That’s when Osaka had a realization.

“I just realized,” she said. “That’s probably what people say about me, too.”