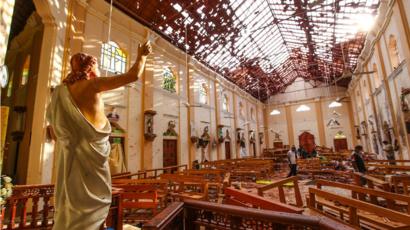 Twelve suspects who were in remand custody on the charges of aiding and abetting Zahran Hashim in carrying out the dastardly Easter Sunday attacks were remanded for another 14 days after being produced before Kalmunai Magistrate I.N. Rizwan today.

All those who were taken into custody and questioned over the attacks are detained at the Batticaloa Prison.

When the suspects were produced in court yesterday, the police requested that they be further remanded to enable investigations as documents relating to the suspects had been sent to the Attorney General. Accordingly, the Kalmunai Magistrate remanded the suspects until March 2.

The suspects who were remanded are residents of Kattankudy, Kalmunai, Sainthamaruthu and Sammanthurai.