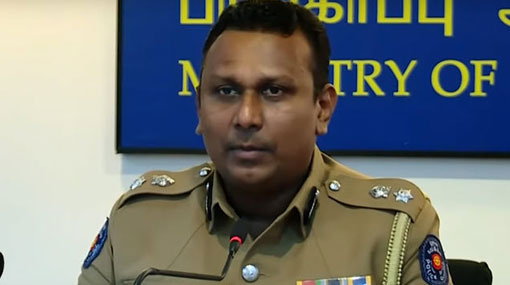 Rs 134 million in 41 bank accounts belonging to the suspects, who are currently held in custody of the Criminal Investigation Department and the Terrorism Investigation Division over their alleged links to Easter Sunday terrorist attacks, have been suspended.

Police Media Spokesperson SP Ruwan Gunasekara stated this addressing a media briefing held at the Ministry of Defense this evening (24).

On May 6th, the Police Spokesperson said that money accumulating over Rs 140 million, owned by the terrorists responsible for the attacks, was identified during investigations.

He also stated that other assets worth over Rs 7.1 billion owned by them were also identified and that measures were being taken to confiscate them.