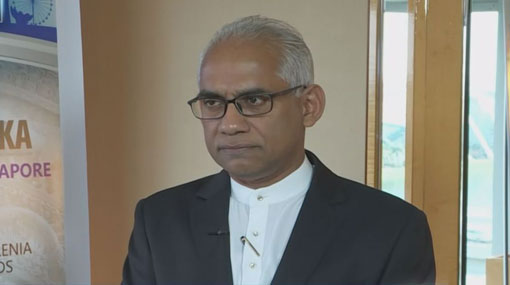 The deadly bombings that struck Sri Lanka on Easter Sunday are expected to drag down the country’s economic growth to around 3% this year, the country’s State Minister of Finance said on Tuesday.

That latest prediction by Eran Wickramaratne is more optimistic than a 2.5% median forecast from analysts polled by Reuters, but lower than projections by institutions such as the International Monetary Fund and the Asian Development Bank.

The IMF’s 2019 growth forecast for Sri Lanka is 3.5%, while that of the ADB is 3.6%. Indrajit Coomaraswamy, the governor of Sri Lanka’s central bank, told CNBC last month that the economy could still grow by around 4%.

But Wickramaratne said growth “would be around 3%” this year. “It’s natural to expect we would be probably at the lower end of the range rather the higher end of the range,” he told CNBC’s Sri Jegarajah at a forum in Singapore.

The April 21 bombings killed more than 250 people and have hit Sri Lanka’s important tourism sector, which accounts for around 5% of gross domestic product. The attack also affected investor sentiment, sending the benchmark CSE All-Share index down by 6% since April 18 — the last trading day before the bombings.

But foreign investors are coming back into Sri Lanka, according to Ray Abeywardena, chairman of the Colombo Stock Exchange. He said on Tuesday the exchange saw inflows of around 3.6 billion Sri Lankan rupees ($20.5 million) over the past month.