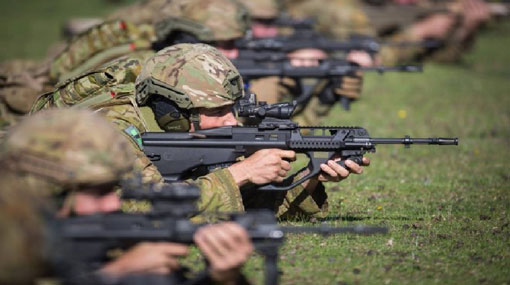 Australia will embark on its largest ever defence engagement with Sri Lanka next week as part of the Indo-Pacific Endeavour 2019 (IPE-19).

Australian high commissioner to Sri Lanka Jon Philp in a briefing in Colombo said that more than 1,000 defence personnel will be involved in the exercise comprising of Australian naval, army and air force assets.

He said that after departing Sri Lanka, IPE19 ships and assets will visit India and other regional partners.

The high commissioner said Australia’s vision for the Indo-Pacific is a region that is secure, open, prosperous and resilient.

The defence advisor of Australia Group Captain Sean Unwin said Sri Lanka is an important place in the Indian Ocean region and Colombo will the main focus of IPE-19.

He said Indo Pacific Endeavour is designed to promote security and stability in Australia’s near region through bilateral and multilateral engagement, training and capacity building.

The move assumes significance as several nations have enhanced engagement in Indian Ocean region after rising influence of China.

Australia along with India, Japan and US had formed the Quad to promote their interests in the Indo- Pacific region.