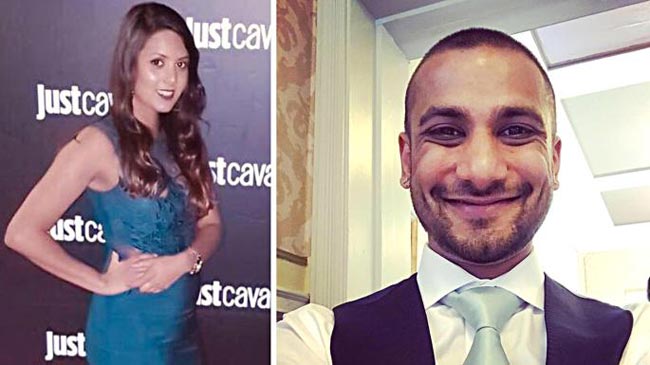 A newly-wed British Indian man is stuck in Sri Lanka after his wife died from a mysterious illness at a hotel in the country on their honeymoon.

Khilan Chandaria is being barred by the Sri Lankan authorities from leaving the country until an investigation into the death of his 31-year-old wife, Usheila Patel, is concluded.

Chandaria, a 33-year-old phone shop owner from north-west London, has not been arrested or charged in connection with his wife’s death but is not being permitted to return to his home in the UK.

“I don’t want to leave without her. I feel like the whole world is against me. It’s been hard to do anything,” Chandaria told the UK media from Sri Lanka.

“I don’t think the grieving process has really started yet,” he said.

The couple married in London on April 19 before flying off on honeymoon four days later. They had been staying at the five-star beach resort called Amari in the southwestern coastal city of Galle in Sri Lanka. They were scheduled to fly to Maldives on the second leg of the honeymoon.

But they both fell ill and were “feverish and vomiting blood” after consuming some food and drinks at the hotel. They were rushed to a hospital after they called for help to their hotel room.

Patel was pronounced dead at the Karapitiya Hospital in Galle on April 25.

“A post-mortem said she died from dehydration, obviously from vomiting,” said Chandaria, who had also noticed a weird “smell” in their hotel room before the suspected food poisoning.

“We are highly confident of our food safety standards,” Amari Galle Sri Lanka said in a statement.

While Chandaria had initially been free to leave Sri Lanka, he refused to leave until his wife’s body has been released.

He has now been banned from leaving until a government report into the death can be prepared.

“I want to go home knowing my wife will be coming home too and say my last goodbyes,” he said.

A Foreign Office spokesperson said: “We are supporting a British man in Sri Lanka. Our consular staff have shared advice on bereavement abroad and are in contact with the Sri Lankan authorities.”