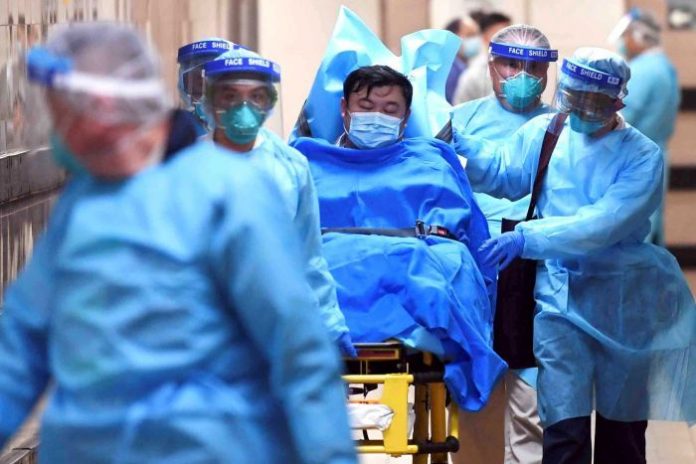 China reported the death toll from the outbreak has risen to 1,113 and that the number of cases had hit 44,653 infections, but it also reported what appeared to be a slowing number of new cases in Hubei, the centre of the outbreak.

In Hong Kong, the Hang Seng index was on track to record a second day of gains, up 0.7 per cent while China’s CSI 300 was up 0.3 per cent. The Topix in Japan, however was the outlier, down 0.1 per cent

“While contagion rates appear to be slowing, the physical measures taken to combat its spread are more stringent than Sars and may bite harder into economic activity,” Fidelity International said in a note.

Overnight on Wall Street, the S&P 500 ended the day 0.2 per cent higher at a new record high.

Oil prices, which had been hit by a fall in demand from China as the country extended the lunar new year break in a bid to control the virus, climbed. Brent crude was up 1.7 per cent.

Anna Stupnytska, Fidelity International head of global macro forecasts global growth could fall by at least half a percentage point in the first quarter with “some recovery thereafter”.

Tedros Adhanom Ghebreyesus, World Health Organisation chief, warned on Tuesday that 99 per cent of cases are currently in China, but that the virus “holds a very grave threat for the rest of the world” on the first day of a two-day meeting of experts in Geneva.