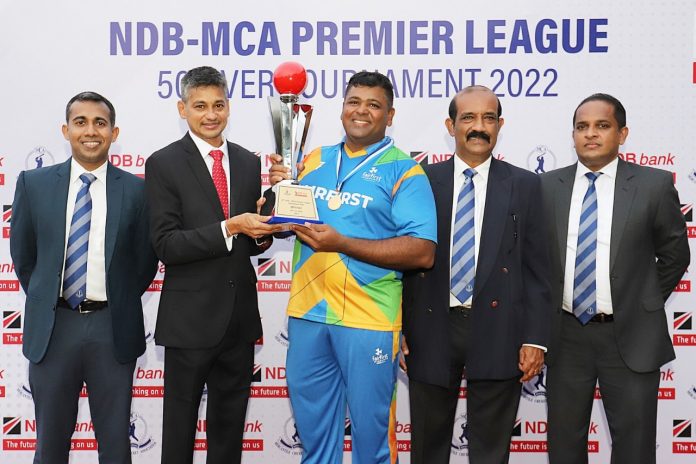 A fighting run a ball, 75 runs partnership for the 07 wicket between Anuk Fernando (74 not out in 89 balls, inclusive of a six and 06 fours) & Koshan Abeywickrama (50 in 36 balls, inclusive of 04 sixes and 01 four) guided  Fairfirst Insurance to a heart stopping 02 wickets win over Maliban Biscuit Manufactories in the Final of the National Development Bank (NDB) sponsored – MCA Premier League /White ball 50 Over League Cricket Tournament 2022, concluded at the MCA Grounds, on Saturday, 30th July.

Fairfirst Insurance chasing a victory target of 230-runs in 50 Overs was perilously placed at 06 down for 136 runs in the 33rd over.

At the fall of Moditha Ranatunga (14 in 28 balls), KoshanJayawickrama joined Anuk Fernando and immediately broke the shackles by hitting 04 mighty sixes, thus propelling the total to 211.

Maliban bowlers fought tooth and nail and got rid of Jayawickrama& No. 09 batsman, Pubudu Bandara (01) and got back to the game (213 for 8 in 45 overs) ; but then they blundered, as their wicket keeper, Gihan Anuruddha droped Anuk Fernando off paceman Chamara Ratnayake with Fairfirst needing 15 runs to win, 02 wickets in hand.

Anuk Fernando used his new lease of life to his team’s advantage by hitting a glorious six to take Fairfirst over the line in the 48.2 overs; with him was No. 10 batsman SuwathMendis (09 not out in 14 balls)

Match Referee, Sena Nandiweera named Anuk Fernando from Fairfirst Insurance as his Man of the Match.

The other 03 special awards, based on performances up to the Semi Finals went to Chamod Pushpa Battage from SoftlogicHoldings, best bowler with a haul of 20 wickets for 154  runs, bowling 52 overs in

Anuk Fernando from FairfirstInsurance,  who accumulated 346 runs in 05 innings with 05 half centuries was the best batsman. 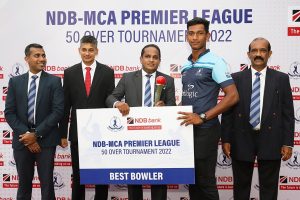 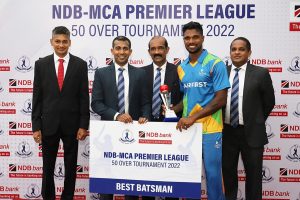 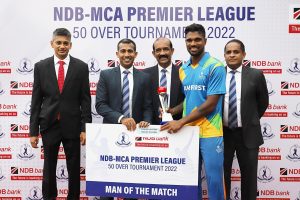 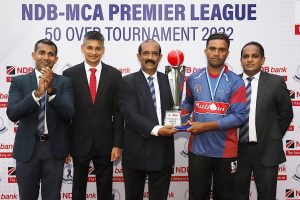 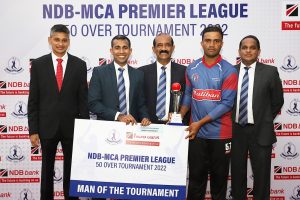 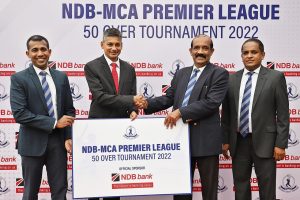 Caption for the above last picture: