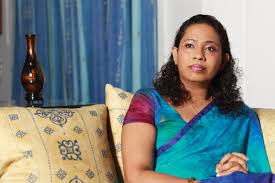 Five members of the same family from Chilaw, including a four-month-old infant, have tested positive for COVID-19, Health Minister Pavithra Wanniarachchi said today.

In her regular briefing to the media, she said it was vital for those in self-quarantine to stay away from their family members during the stipulated 14-day period.

“We observed five members of the same family among those tested positive for the virus. It is important for those in self-isolation upon return from abroad to avoid contact with their family members. Timely measures adopted under the leadership of President Gotabaya Rajapaksa have enabled the government to avert a surge in the number of cases. Even developed countries have left affected people for dead in certain instances due to their inability to cope up with the rising numbers,” she said.

She requested the public to cooperate with the government to prevent a situation similar to other countries from befalling Sri Lanka.