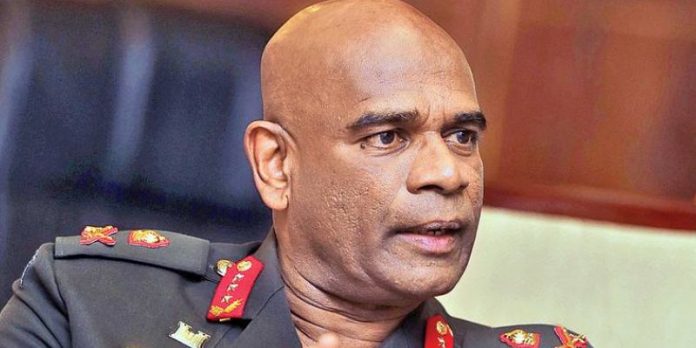 Former Army Commander General Mahesh Senanayake today (29) announced his candidacy for the presidential election to be held in November.

Senanayake’s presidential bid was announced at a rally held by National People’s Movement (NPM), a collective of civil organizations.

Addressing the rally, Senanayake, who retired as Army Commander in August, said that Sri Lanka needs an alternative force and he believes he is that alternative.

Senanayake said that politics has ruined the country so there needs to be an independent force to bring about change in the country.

The former Army Commander said that his team does not include politicians but academics and other experts.

“I have no connections to politicians. My backers are the civil society its honorable men and women,” said Senanayake, who was the commander of the Lanka Army between 2017 and August 2019.

Senanayake has become the fourth candidate to face the November 16 presidential election. Gotabhaya Rajapaksa from the Sri Lanka Podujana Peramuna (SLPP), Sajith Premadasa from the ruling United National Party (UNP) and Anura Kumara Dissanayake from the Janatha Vimukthi Peramuna (JVP) are already in the fray.

It is still not clear if Sirisena would throw his hat in the ring as a candidate himself.