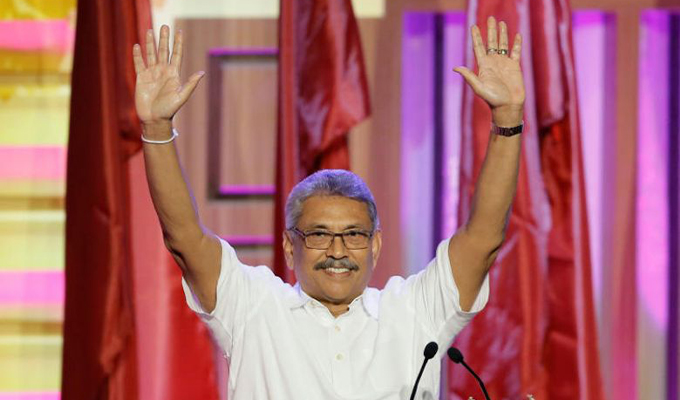 Gotabaya Rajapaksa, the Presidential Candidate of Sri Lanka Podujana Peramuna (SLPP), says he will take steps to remove the unnecessary taxes imposed on the people and introduce a simpler tax system.

Addressing a rally held in Mathugama, he says that the complexity of the current tax system has created a situation where people are not paying their taxes. As a result, government revenue has decreased and corruption has increased, he pointed out.

It is an issue for government officials as well to manage the complex tax system and therefore, the existing tax system should be simplified, Rajapaksa said.

It is the responsibility of a government to encourage industries, investors, and businessmen, increase consumption and encourage people to save, according to the former Defence Secretary.

Pointing out that reducing the VAT to 8% would bring relief to all sectors, Rajapaksa said that this would increase government revenue, bring more investments, create more business and build an environment where taxation is easier.

Rajapaksa further stressed that this would interest the public more to pay taxes and make it easy for government officials to manage taxation.