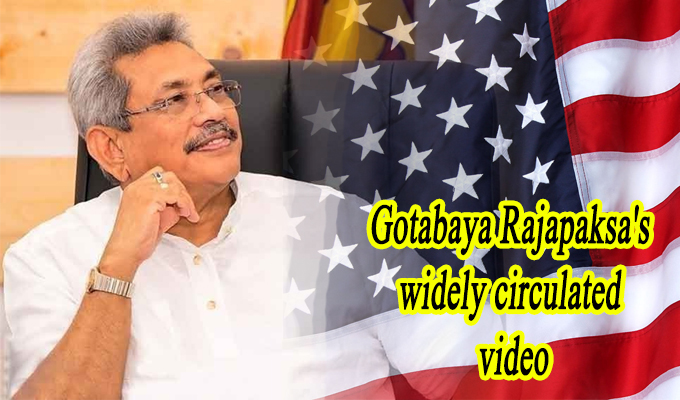 The Embassy of the United States in Colombo says the widely circulated dubbed video statement of the US State Department’s spokeswoman regarding the citizenship of SLPP’s presidential hopeful Gotabaya Rajapaksa is fake.

The spokeswoman of the US Embassy, Nancy VanHorn told Ada Derana that this video, which is currently being circulated in social media, is manipulated and distorted.

Drastic differences between the colours of the original video and the fake could be noticed.

In the meantime, Ada Derana contacted the US Department of Justice regarding an alleged press release on Gotabaya Rajapaksa’s citizenship, it was revealed that this statement is also manipulated.

This release is claimed to be issued by the US Department of Justice on the 11th of November. However, the Department pointed out that November 11th is a public holiday in the United States, hence the reason as to why such a letter could not have been issued by them.