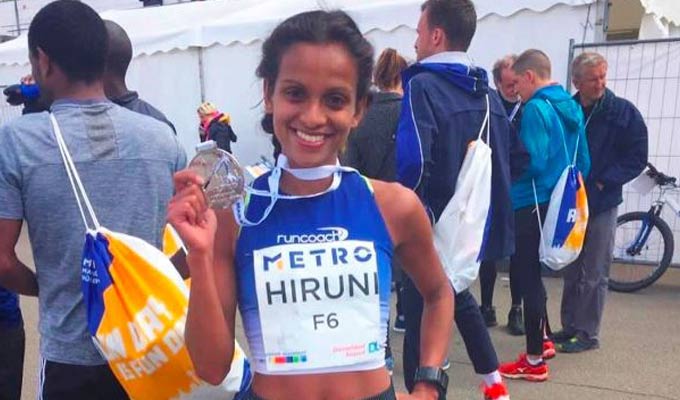 Hiruni clocked 2 hours 34 minutes and 10 seconds in the race, shattering her own Sri Lanka record set in January 2018 while also achieving the qualification standard for the forthcoming IAAF World Championship in Doha, which will be her second world championship.

Her time also bettered the South Asian record held by a South Asian woman in the marathon 2:34.43 seconds by India’s O.P.Jaisha in the 2015 IAAF World Championship.

The marathon commenced at 1.00 pm SL time, with Hiruni aiming to approximate her own National record of 2:36.35 to qualify for the world championship which she did in emphatic fashion, shaving off 2 minutes 25 seconds off her earlier best timing.

The marathon attracted 20,000 runners from around the world competing for glory in the German city of Dusseldorf.

Hiruni started the year clocking the second fastest half marathon time by a Sri Lankan female runner when she finished third in the Mesa-Phoenix half marathon held in Arizona, USA earlier this year. 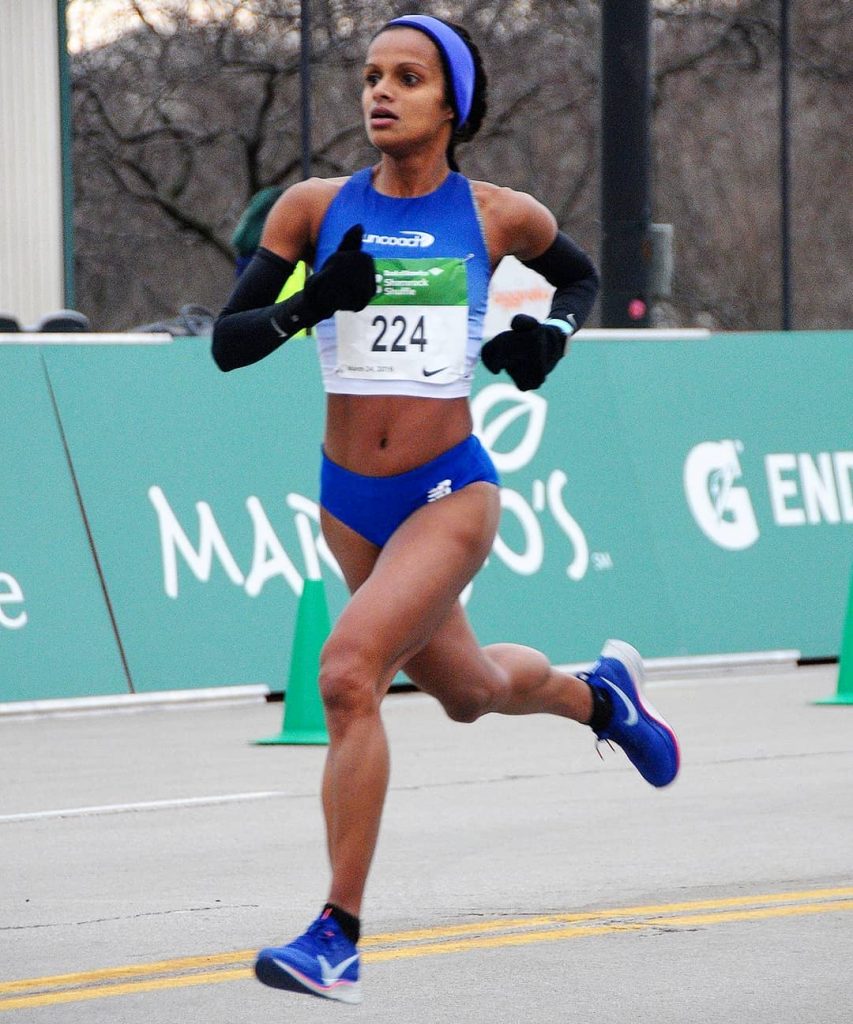