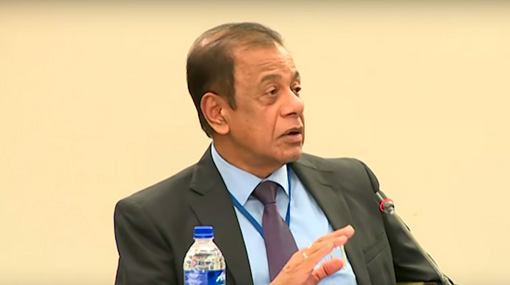 Former Defence Secretary Hemasiri Fernando says that the Director of the State Intelligence Service (SIS) had sent him a message on WhatsApp the day before the Easter attacks took place.

Testifying before the Special Parliament Select Committee appointed to look into the Easter attack yesterday (06), the former defence secretary stated that he was not well on the day the message was received.

He said he was not well that day and that he was sleeping, as he had a “very bad headache”. Fernando says he received a call from the director of SIS asking him to check the WhatsApp message the latter had sent, which contained information on a possible attack.

“Normally I don’t like WhatsApp, but I read it,” the former defence secretary told the select committee.

The director of SIS had said, during the telephone conversation, that he had already spoken to the IGP on the relevant information and asked Hemasiri Fernando to “put some pressure” on the IGP in this regard.

The former defence secretary says that he subsequently contacted the IGP on the matter and confirmed that the IGP was already aware of it.

The IGP has told that he was already making arrangements regarding the information received.

The former defence secretary says that he tried to contact the director of the SIS afterwards but he could not be contacted. “I sent him a message and he spoke to the IGP.”

He further stated that the director of SIS had contacted him hours before the attacks querying him on the number of Methodist churches in Colombo, as the forewarning has said the target of the attack is not Catholic churches. 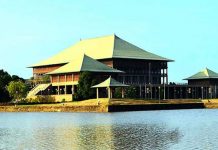