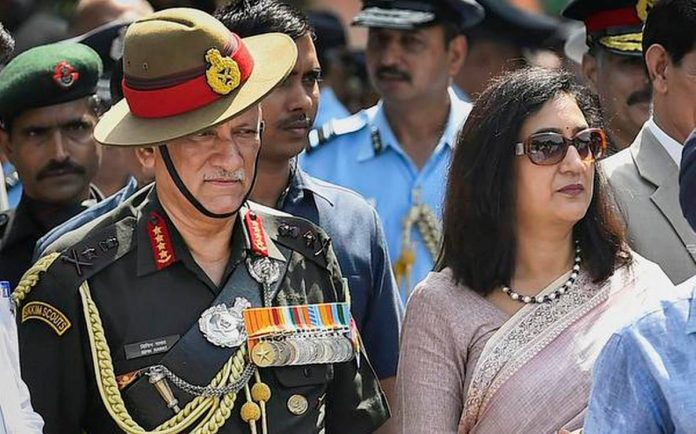 India’s defence chief General Bipin Rawat, his wife, and 11 other people have been killed after a military helicopter they were travelling in crashed in the southern state of Tamil Nadu, the Indian Air Force (IAF) has said.

The IAF said in a Twitter post the “tragic accident” took place near the town of Coonoor at noon (06:30 GMT) on Wednesday (8th ).

The Russian-made Mi-17V5 helicopter was on its way from an air force base to the Defence Services Staff College when it crashed. The reason for the crash was not immediately known and authorities said they have opened an investigation.

The air force said one officer, Group Captain Varun Singh, survived and is being treated in a military hospital. Reporting from New Delhi, said the trip to the Defence Services Staff College “was not supposed to be a very long ride but this is a very mountainous region, with a lot of forests”.

Videos broadcast on Indian news channels showed the helicopter in flames in a densely forested area near the college as locals tried to put out the fire and remove bodies from the wreckage.

India’s Prime Minister Narendra Modi said that Rawat was an “outstanding soldier” and a “true patriot” who greatly contributed to modernising the country’s armed forces and security apparatus.

“His insights and perspectives on strategic matters were exceptional. His passing away has saddened me deeply,” Modi said.

Archrival Pakistan’s army chief, General Qamar Javed Bajwa, expressed his condolences on the “tragic death” of Rawat and his wife, its government said in a tweet.

Rawat, 63, was India’s first chief of defence staff, a position the Indian government established in 2019 and which he assumed last year after retiring as army chief. He was considered close to Prime Minister Modi and was an adviser to the Ministry of Defence.

His primary task was to overhaul the military, which has struggled to modernise and improve coordination among the army, navy and air force. The defence chief hailed from a military family, with several generations serving in the Indian armed forces.