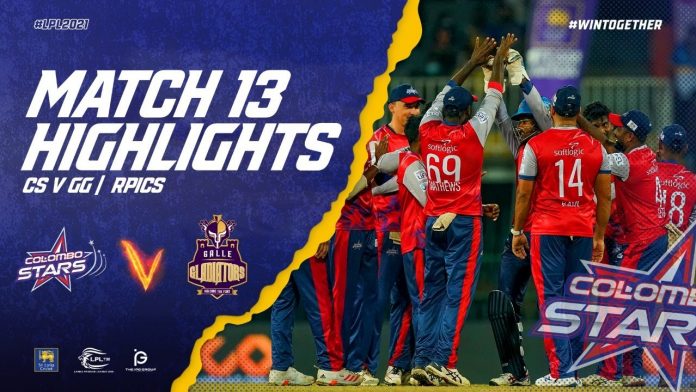 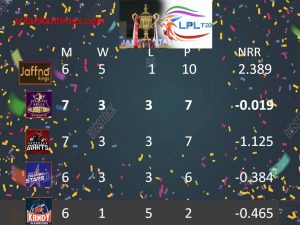 The Jaffna Kings have clinched their place in the semi-finals of the Sri Lanka Premier League Cricket Tournament (LPL) with a net run rate  of 2.389.

Meanwhile, the Kandy Warriors lost their second win of the season day before yesterday  Due to the severe assaults of Dinesh Chandimal and Sikkuge Prasanna of Colombo stars.

Seekku’s 32 off 6 balls and Chandimal’s 44 off 27 balls in their innings of stars and in the other match played on same day, Galle Gladiators beat Dambulla Giants by 9 runs.

Accordingly, Gol Gladiators has scored 7 points and is in the second place in the table with a net run rate of -0.019. Dambulla Giants, who are third in the table, have won three of the seven matches (their one match ended with no decision due to rain) and retain a net run rate of -1.125 with seven bonus points.

The Colombo stars Ranked 4th on the points table and they retained a net run rate of -0.384 with 6 bonus points with the last victory.

The Kandy Warriors, who have won just one of their last six matches, are in fifth place with two bonus points and a net run rate of -0.465.