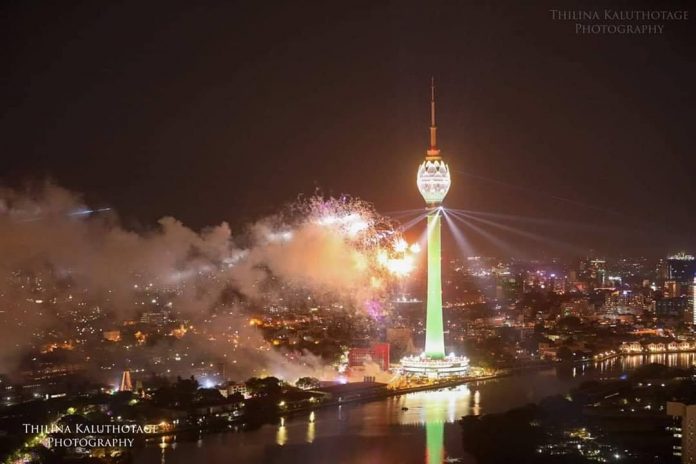 ‘Colombo Lotus Tower’, the tallest self-supported structure in South Asia was vested with the public by President Maithripala Sirisena, a short while ago.

The ceremony to officially declare open the Lotus Tower commenced a short while ago attended by many dignitaries including President Maithripala Sirisena, Speaker Karu Jayasuriya, and the Chinese Ambassador to Sri Lanka, Cheng Xueyuan.

To mark this historic occasion, the Sri Lanka Post issued a commemorative stamp as well.

The ‘Lotus Tower – Multifunctional TV and Telecommunications Tower’ is foreseen to be one of the significant landmarks and an epitome of the Sri Lankan economy, culture, and development.

The Lotus Tower, initiated in 2012, is considered to be the tallest communication tower in South Asia and measures up to 356 meters in height.

The tower will be used for communication, observation and other leisure facilities, with construction costing $104.3 million, funded by EXIM Bank of the People’s Republic of China. 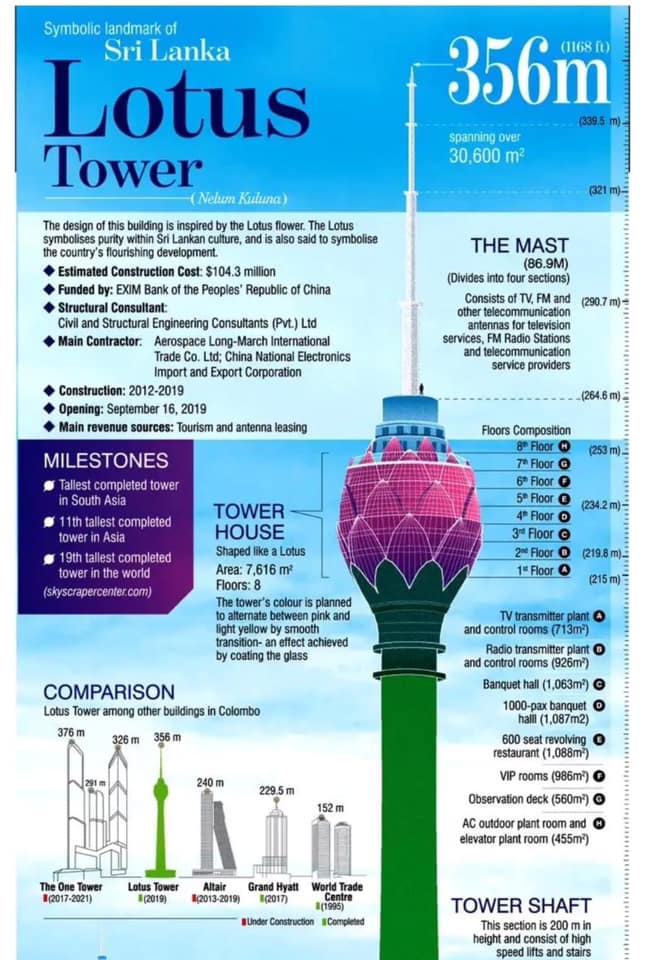