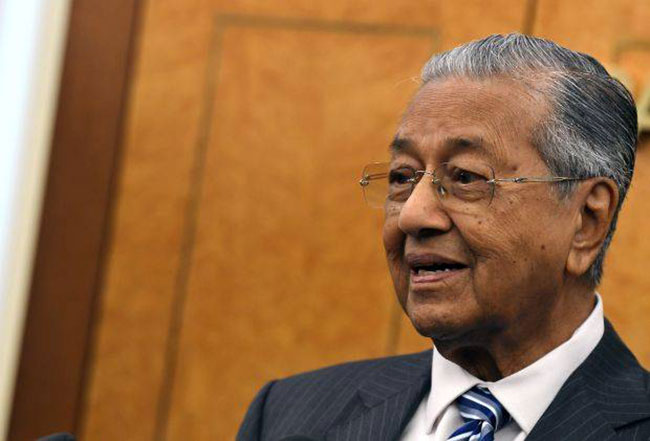 The Malaysian police have their own reasons for the arrests of individuals suspected of having links to the now-defunct Sri Lankan Liberation Tigers of Tamil Eelam (LTTE) separatist group, Prime Minister Mahathir Mohamad said on Monday (Oct 14).

“I was briefed by the police (on the arrests), and they gave me the reasons behind their action, and I am satisfied with them,” Dr Mahathir told reporters after a business conference.

On Oct 10, Malaysian police arrested seven people, including two politicians, suspected of being involved with LTTE. Five more individuals – including a teacher – were detained on Saturday, on suspicion of promoting, supporting and channeling funds to LTTE, as well as possessing materials linked to the group.

Police did not name the suspects but the Democratic Action Party, a member of Malaysia’s ruling Pakatan Harapan coalition, confirmed in a statement that two of its assemblymen had been arrested.

All 12 have been detained under the Security Offences (Special Measures) Act 2012, also known as SOSMA.

Malaysia has listed the LTTE as a terrorist organisation since 2014 amid reports of attempts to revive the group from abroad.

In 2009, the Sri Lankan government ended a 26-year conflict with the Tamil Tigers, who had been fighting for an independent Tamil state in the north and east of the Indian Ocean island.

Dr Mahathir also said on Sunday that the police action was carried out without the interference of his administration, as claims that the arrests were politically motivated spread.

“The government wants to know why this matter is happening. We don’t like to use power to weaken any quarter.

“It is not me who nabbed these people, not Muhyiddin (Yassin, Minister of Home Affairs) who nabbed them, (but) it is the police who did so and the arrests by their officers were following the law,” he had said.

Parti Keadilan Rakyat (PKR) president Anwar Ibrahim said on Sunday that while he agreed with police detaining the individuals, the arrests should not have been made under SOSMA.

“We have been against this Act from the beginning, but if it is related to terrorism I support the police action; it is not limited to action against LTTE but all involved in terrorism.

“Any country would definitely act to check issues related to terrorism and we should leave it to the police to take action in handling this issue,” he said.

When asked on his opinion of Mr Anwar’s view, Dr Mahathir said: “Well, the SOSMA Act is still there so in the absence of other laws that can be applied, they used the SOSMA Act”.