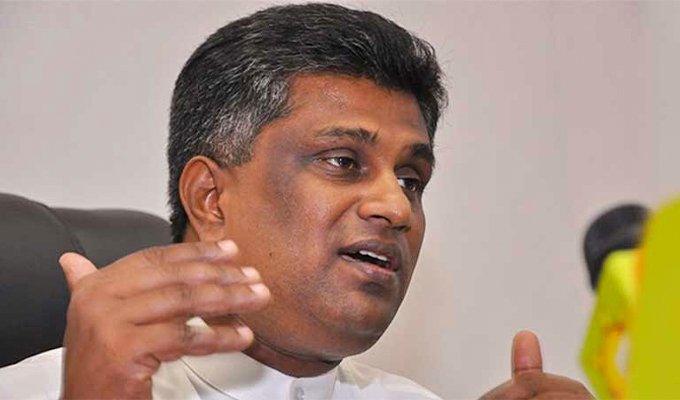 The complaint was filed by Non-Cabinet Minister of the UNP, Ajith P. Perera.

Ajith P. Perera noted that the advertisements of the Presidential Campaign of Gotabaya Rajapaksa were posted in every weekend newspaper using photographs and a statement from the Commander of Sri Lanka Army and another retired Army Official.

He claimed those advertisements were a clear violation of the rules and regulations of the election. He went on to note that they drew the attention of the Chairman of the National Elections Commission on this matter via a written complaint.

He added that the magnitude of this violation is enough to deprive a candidate of winning the election and claimed this was irresponsible.

He went on to note that Sajith Premada’s promise to assign Field Marshall Sarath Fonseka with the national security was a blow on the campaign team of the Gotabaya Rajapaksa and it led to this unruly irresponsible advertising.

Journalist: Have you inquired the Army Commander of this?

Ajith P. Perera: We have not. We are not ready to discuss such a matter with the current Commander of the Sri Lanka Army. But we are sure that he will not give his consent to something of this nature.