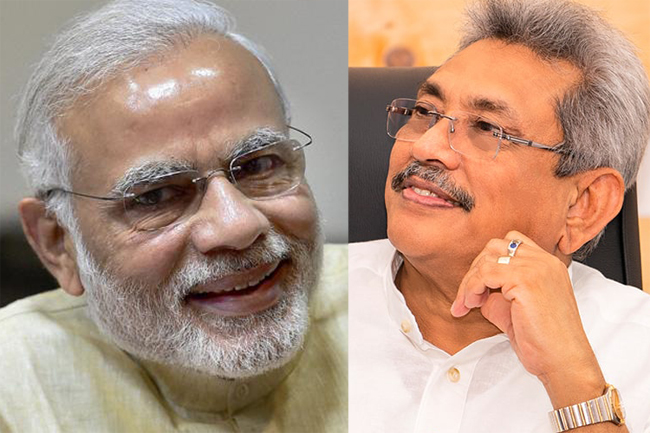 The Indian Prime Minister’s Office said the invitation was accepted.

PM Modi congratulated President-elect of Gotabaya Rajapaksa over the telephone on his electoral victory in the Presidential elections held in Sri Lanka yesterday (17).

Conveying the good wishes on behalf of the people of India and on his own behalf, the Prime Minister expressed confidence that under the able leadership of Mr. Rajapaksa the people of Sri Lanka will progress further on the path of peace and prosperity and fraternal, cultural, historical and civilizational ties between India and Sri Lanka will be further strengthened, the PM’s office said in a release.

The Prime Minister has reiterated India’s commitment to continue to work with the Government of Sri Lanka to these ends.

Gotabaya Rajapaksa in return has thanked the Prime Minister for his good wishes. He has also expressed his readiness to work with India very closely to ensure development and security.

The Prime Minister extended an invitation to Mr. Rajapaksa to visit India at his early convenience. The invitation was accepted.