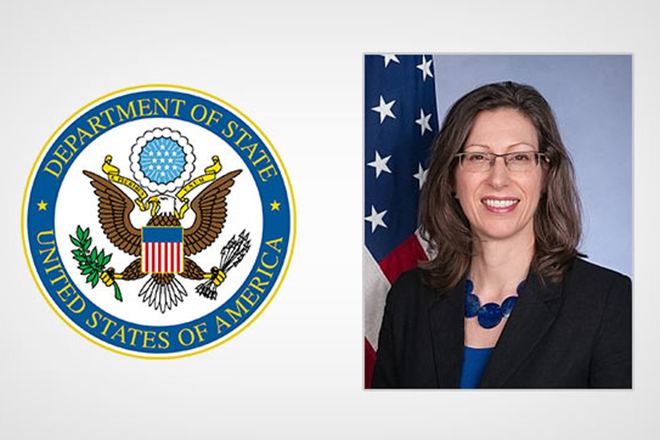 US Ambassadress to Lanka Alaina B Teplitz has Lied saying that reports published in local media on the draft of the Status of Forces Agreement (SOFA) as “blatant misinformation”.

“VFA (Visiting Forces Agreement) negotiations only aim to facilitate cooperation and any agreement will fully respect the sovereignty of Lanka.”

There is no plan or intention to establish an American base in Lanka, the U S ambassador said. However, any common-sense person who reads the SOFA Agreement understands that she’s not telling truth talking about the sovereignty of Lanka. The media report said that a draft copy of the ‘SOFA’ indicates a “deep rooted” plan by the U.S. to turn Lanka into an American military colony. But she responds to the media denying that without saying anything about the SOFA agreement.

The US Ambassador report to the Daily News on May 27 was saying that US soldiers in Lanka will act according to the terms of the agreement. The treaty clause states that American soldiers do not need visa permits in Lanka. US licenses are accepted for driving in Lanka and, the law of Lanka does not affect them. She has mentioned. Accordingly, US forces will operate in Lanka, treating it as a US colony.